Bel Air construction & renovation experts are standing by to build your Hollywood dream home or transform every facet of your living space.

Bel Air contractors describe the area as one of three communities which make up what is popularly called Platinum Triangle in the city of Los Angeles.

It is located amid the Santa Monica mountain foothills, and has been designated an estate community ever since it was first settled. Alphonzo E. Bell discovered it in 1923, and started off the development which would make it one of the most popular luxury residential neighborhoods in the state. 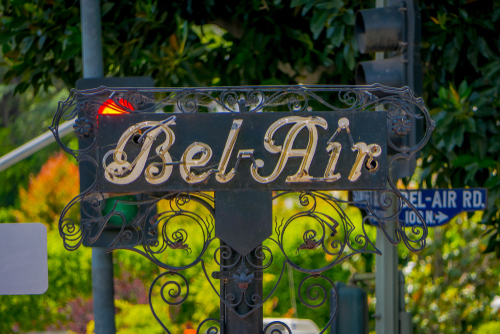 The local ordinances regulate several things, including architectural styles, lot size, etc. They also virtually forbid multiple families living in a single home. This is probably part of the reason why Bel Air boasts the highest average household income of anywhere in the city, and is also one of the areas in it that have the lowest population density. Median home price has appreciated by more than 400% since 1990, which is why if you own a home here, it is a good idea to jazz it up with a remodeling project.

According to the 2000 U.S. census, the 6.37-square-mile expanse of Bel Air had 7,691 people living in it, giving it one of the lowest population densities in the city (over 85% lower than the city) at 1,207 per square mile. The 2008 population estimate showed this had risen to 8,253 people, and that the median yearly household income was $207,938, which is the latter is the highest in all of Los Angeles county. The average household size in Bel Air is 2.4, which is considered typical for the city. Among the families, 4.1% had single parents heading them, which is a low figure.

Bel Air is best known for its association with the film industry, and a number of famous TV shows and films which were shot here in the past. For a lot of people, this neighborhood is easiest to remember as the one where the 90’s Will Smith-starrer, The Fresh Prince of Bel-Air was shot. For residents and visitors, the yearly Bel Air Film Festival is a huge affair where they get to spot the best of new as well as upcoming films.

There are relatively few condominiums and apartments in this area, which is also famous for its high population of famous celebrities. Famous residents in this neighborhood have included Joni Mitchell, Jennifer Aniston, Elizabeth Taylor, Ronald & Nancy Reagan, Leonard Nimoy, and Alfred Hitchcock.